Despite everyone now owning a phone with the time on it, wearing a watch is making a comeback.

by Alan Aldridge
in Culture 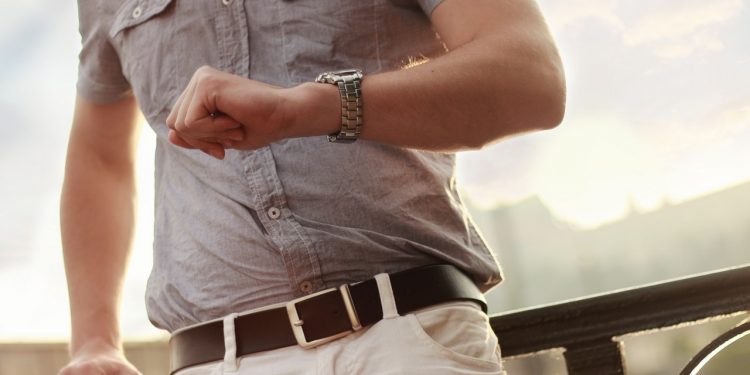 Up until the beginning of the 20th Century, wearing a wristwatch was an entirely female fashion statement. Initially mocked by the public as a silly trend, wrist watches soon became the norm as their practicality made pocket watches obsolete. And even today, watches are making a comeback as some of the most desirable fashion accessories.

Whilst some may claim that wrist watches are slowly becoming outdated, we have five reasons why this is not true, and why wearing a watch should be something everyone does.

The gadgetry of a watch

Watches are about so much more than keeping you punctual. They are a gadget-lover’s dream accessory. Watches are also a valuable fashion accessory and add to an outfit. It’s also a lot less disrespectful to glance at a watch rather than a mobile phone. Some watches, like Panerai watches, are even more discreet than others.

A watch is functional

Panerai wrist watches were used by the military for the first time in the 19th century to synchronize movements during the war. Until then, advanced watches have been used by fishermen in the depths of the ocean and aviators high up in the atmosphere.

Complicated watches are equipped with features beyond the simple role of time and date display. This kind of complexity is called a complication. Two of the most common complications are the chronograph, which allows the Panerai watch to act as a stopwatch and the monophasic complication, which shows the lunar phase.

The best Panerai watches do not use the latest technology. They’re motivated by the innovative mechanical clockwork technology that predates electricity. And when your cellphone runs out of battery, you can trust the technology that’s still running on your arm. If you wear a watch, you’re less likely to fall back on your phone as a diversion. Often, searching your phone for time results in a rabbit-trail of things, like searching every chat app, email, and Facebook. If you need to keep track of something as important as time – a special monitor and control system is justified.

A watch is attractive

There is a small selection of appropriate jewellery for an individual. Most people can only be seen with three key accessories decorating their hands – a nice Panerai watch, a trendy pair of cuff links, and a plain wedding band if they’re married. Wristwatches also make it easier for people to demonstrate their sense of style. They are a means of self-expression – expressing a hint of risk, adventure and sport depending on the make of the watch.

Watches can convey a lot about the personality of the wearer.

A Panerai wristwatch is more than a timepiece. It is a sign of culture and history, enclosed in a showpiece of exquisite craftsmanship. People know they’re wearing works of art on their hand. Many of the watch houses have four craftsmen working on one watch for several months – creating intricate pieces of technology by hand. It’s a comprehensive art at the highest end of human imagination and innovation.

An analogue Panerai watch has a simple, consistent mechanism. The way to express this is where the majority of imagination comes in. A watch style is creative in nature. There are a lot of popular and non-inspiring watch types out there, but the best watches on offer are gorgeous and functional. Are you convinced yet?