Don Walker opens up about the ‘new’ Cold Chisel

As Cold Chisel warm up for their first UK date in almost three decades, LEE HARTE chatted to the Chisel keyboard legend Don Walker about their new album, the death of his bandmate and the future of one of the greatest Australian rock bands of all time. 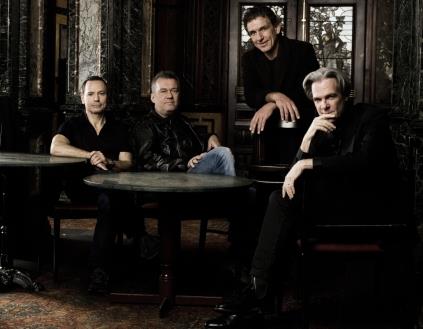 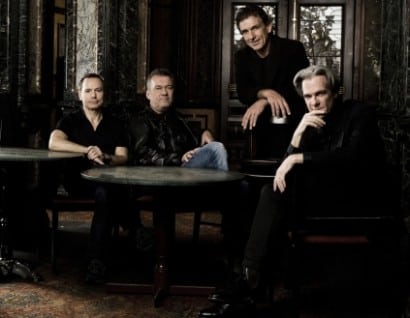 Interview by Lee Harte — Part One
“WE SHOOT PEOPLE.” This frightening threat from one of Australia’s most unassuming but influential songwriters, Don Walker, is not to be taken lightly, especially as his band Cold Chisel prepare to return to the UK for their first northern hemisphere show in nearly 30 years.

The threat came as I confessed to the man responsible for writing ‘Khe Sahn’ and ‘Choir Girl’, that I hadn’t yet listened to the new Cold Chisel album, No Plans. OK, maybe I wasn’t actually going to receive a bullet and the threat was just another classic wry Walker jest, but one thing is for sure, the Chisel ‘we’ are back together and they mean business.

Having lost their talented drummer Steve Prestwich to a sudden brain tumor back in January 2011 (Prestwich – when not being a brilliant musical time keeper – happened to write the stunning songs ‘Flame Trees’ and ‘When the War is Over’), the remaining members of Cold Chisel pledged to record the album they had been working on at the time of Prestwich’s death. That album, No Plans, will be released internationally later this month. They also decided to complete the plans they had to play live, a decision that sees the veteran Aussie rockers leading a tribe of Australian music ‘invaders’ to the European festival scene this summer. 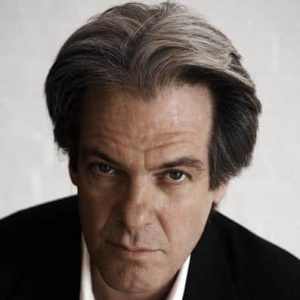 I was lucky enough to speak with Don as the band warmed up for their first UK tour date in almost three decades. Preparing to thrill Hard Rock Calling in Hyde Park this July, this is what the Chisel keyboard legend had to say…

Q. What have you got in store on the new album?
Don Walker: “There’s quite a lot of rock and roll on the new album, which is a nice change from contending with an album full of medium paced ballads.”

Q. So a few sprightly piano break-outs?
DW: “Ha, I can think of at least one solo — I’d be disappointed if I could think of too many more. It’s the last song on the album called ‘I Got Things to Do’, which has Steve singing (and is one of Steve’s final recordings) and is written by Steve.”

Q. Any screaming solos from Mossy?
DW: “Yeah, Ian is doing a fair bit of wailing and thumping.”

Q. How’d the album title track — No Plans – come about?
DW: “I was stuck in traffic one day in Sydney, which is a pretty constant experience, and out on the side walk there was a guy there who’d been sleeping rough. He was smoking a cigarette and had already been to an early opener and he was looking out at the traffic and he was just laughing and I thought, you know – he’s got it caned! Here I am sitting under a hot windscreen in the traffic – who’s really got it figured out?”

Q. With Steve no longer with us, have you found the live shows hard?
DW: “Without Steve we’ve done 36 dates and four in Melbourne with our new drummer Charlie Drayton. It’s working out really well and we get better every show.”

Q. You’ve recruited Kevin Shirley (Screaming Jets, Silverchair, HIM, Slayer) as producer for No Plans – what’s it like with a new producer in the studio?
DW: “Well, this album is the first album we’ve done that wasn’t recorded to tape and we put ourselves at the hands of a different producer. Usually I get quite involved in every little detail and I made a conscious decision – well you’ve hired this guy and he’s one of the top five in the world – he’s sitting there – he loves the band – he knows what we do – let him do it. Write your songs, play your piano and watch the whole thing unfold. That’s how it was done.”

Q. What’s in store for the gigs? Does the new album feature heavily?
DW: “To launch the new album we’re doing half a dozen songs off the new album then the rest of the set is what people expect to hear.”

Which led us to talk about the past. The Cold Chisel back catalogue reads like a Top Ten radio playlist. Actually if Chisel had never released any music you’d have long, gigantic swathes of radio silence adding up to hundreds of hours of missing musical gold. ‘Flame Trees’ alone, that seminal Chisel classic, has crossed over into so many genres thanks to every backyard cover band (I once heard a reggae version), it’s evolving more rapidly than the band.

Q. Why so long for a new album?
DW: “For so many years (during our breakup) we could of played together but we didn’t because we always thought it could happen next year or it could happen in 10 years. And one of the big lessons out of the Steve thing is that you don’t have unlimited time.”

Sage words from the Aussie music maestro. Pay heed and get out and see them at Hard Rock Calling, in London’s Hyde Park on 13 July, because as Don says “you don’t have unlimited time”.

Also see: Part Two of Lee Harte’s interview with Don Walker where he discusses the never fully-realised future of one of the greatest Australian rock bands of all time.