Cold Chisel: We didn’t give America and Europe a proper go

In the second part of his interview with Australian Times, Don Walker explains why Cold Chisel set their sights East when everyone else went West; and now they regret it, he confesses. 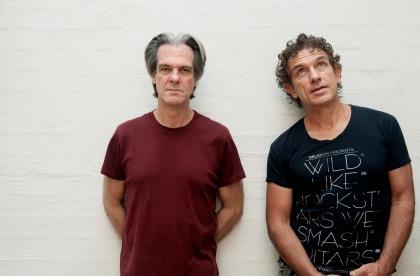 In the second part of his interview with Australian Times, Don Walker explains why Cold Chisel set their sights East when everyone else went West; and now they regret it, he confesses.

AT: It’s astounding how the older Chisel music still sounds so fresh and resonates with the 20-somethings of today. Do you often look back over your old video hits?

DW: “I’m sure you won’t be surprised to hear that I don’t. When we released the whole back catalogue last year, we released a lot of music that we had never released before, and Rolling Stone put a photo of us on the cover from about 1980 — it really looks like a bunch of primary school children to my eyes — but at that stage we had been playing on the road for about seven years.”

AT: Were you surprised how Chisel really took off back then?

DW: “No, at that age you have a bullet proof confidence, no matter how misplaced that may be. But if you’re playing live a lot, and getting a good reaction, it gives you a lot of confidence.”

AT: How did Australian history influence and sculpt your early songwriting?

DW: “Personally, when you talk about ‘Khe Sanh’ and the first round of music that I was writing, I wasn’t connected to politics at all. I was out in regional Australia doing what I was doing, and the politics going on at time were only dimly known by a few people in a dark corner. So the Whitlam draft era was quite peripheral from where I was writing from — like most people, I felt my world was the ‘real world’.”

AT: Most bands only have one strong songwriter, but Cold Chisel sucked up so much incredible talent across the band. How competitive was it?

DW: “Steve in particular contributed a strong song writing flavour in the band. The first two albums were pretty much written by me, then by the third album everyone started throwing in songs. There wasn’t really competition among the band as such. That became one of the communal joys things of being in the band, of hearing what each guy was going to bring in, which from time to time was incredibly inspiring for the rest of us. What tipped me into saying yes to the first reunion in 1988 was Steve fronting up with a couple of cassettes with these extraordinary songs that he had written.” 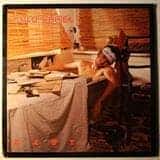 AT: Were you a big proponent of the overseas drive or were you happy to stay at home?

DW: “We always wanted to make it overseas and back then, Asia in particular. Back in the 70s I didn’t really want us to be big in America or Europe. I thought both those places were a bit irrelevant to us. So, I wanted us to be the biggest rock band in Asia and you can see little tastes and twists in that in what we were doing in the first three albums. In the end we only ended up playing a handful of dates in the US 30 years ago, and the most extensively we toured in Europe was Germany. We really didn’t have a serious try before we broke up. You really need to spend two years in a country and we didn’t do it, to our enormous regret ever since. But what’s done is done and it’s all a long time ago and you have to be relaxed with what happened.”

Cold Chisel will be joining Soundgarden and The Mars Volta, performing at Hard Rock Calling in London’s Hyde Park on Friday 13 July.