Can tech really help you sleep?

Do you remember the Pokémon Go craze in 2016 and charging round the streets of your town or neighbourhood, trying to collect as many Pokémons as possible? To say the game caught on would be an understatement and now its creators are looking to do it all over again ― this time with a new […] 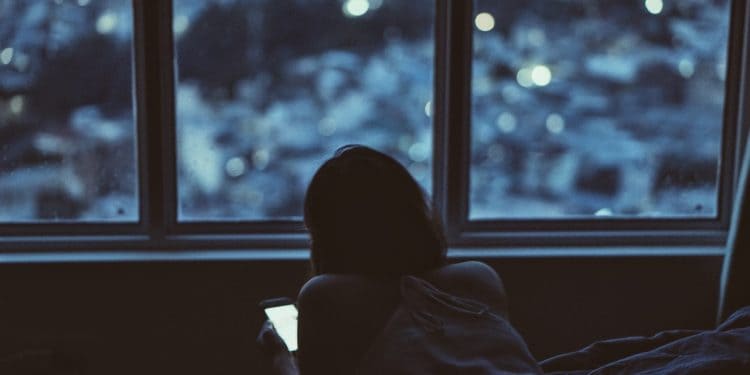 Do you remember the Pokémon Go craze in 2016 and charging round the streets of your town or neighbourhood, trying to collect as many Pokémons as possible? To say the game caught on would be an understatement and now its creators are looking to do it all over again ― this time with a new app called ‘Pokémon Sleep’, which comes out in 2020.

At present, we don’t know all the details about the game, but the game’s official description tells the world that Pokémon Sleep aims to turn sleep into entertainment. The time that the player sleeps and the time that they wake up will have an effect on the game. Some in the tech world have interpreted this as a sign the app is more of a sleep tracker app than a game and they expect it to award the player points based on sleep targets, such as duration and regularity of sleeping schedule.

Sleeping is important. We all know that and the game could encourage people who aren’t getting enough sleep to get more, even if it is just to get a few extra points. The thing is, some have called sleep tracking apps into question by suggesting they cause insomnia and make us anxious about our sleeping habits.

Can tech really help us sleep?

Dr Guy Leschziner, who is a consultant at Guy’s and St Thomas’s hospitals, in London, has claimed that tracking sleep via a smartphone app can lead to insomnia and make people obsessive. The consultant stated they had seen a lot of people develop insomnia as a result of sleep tracker apps or of reading how sleep deprivation can be devastating for a person.

The doctor mentioned how an increasing number of patients who had sought treatment for insomnia had presented him with data from apps on their sleeping patterns. Often, they were reluctant to delete the apps.

He also pointed out that a lot of apps haven’t been clinically validated and only track movement. They don’t provide insight into the quality of sleep.

Dr Leschziner isn’t the only person in the medical community to have voiced concerns about sleep apps. Dr Neil Stanley, who wrote the book ‘How to Sleep Well’, has also expressed reservations about them. Despite admitting that there are exceptions, that some apps do help and that there are others which only help certain people, he has commented there’s no validity to show the apps work.

Should we rule out technology altogether?

Much research has drawn the conclusion that there’s no place for screens in a room when it comes to bedtime. This is because of the light they emit, which has an effect on melatonin levels, melatonin being the hormone which regulates sleep cycles and helps us to fall asleep. The obvious answer is to just remove electronic devices from the bedroom altogether, but if you simply can’t bear to be without your mobile device, there are (potential) solutions.

One of these is to use a blue-light filter on any screens you have in the room, if possible. The operating system of some phones already offer this feature. This is true of some tablets, too. If you’re phone has an Android operating system, you can download apps that change the light so that it’s closer to the red end of the spectrum.

Speaking of red, another option is to use colour-changing light bulbs around the home. It’s possible to set warmer tones to sync with the sunrise and sunset cycle. You can set bulbs around the house on different times and let the light dim progressively.

According to Dr Stanley, the three main conditions for good sleep are a dark, quiet and comfortable place to sleep; a calm mind; and a relaxed body.

He believes that we’re turning to technology, though, instead of doing the obvious things to help us sleep. That could mean things such as buying a comfortable bed and creating the right environment for sleep, avoiding caffeinated drinks and sugary drinks, exercising, observing a calm bedtime routine ― which may include activities such as yoga or meditation ― and employing a proper sleep schedule.

Perhaps the answer is to leave the technology out of the equation for the moment, employ these simple sleep strategies and see how we go. If we aren’t sleeping as planned, only then might it be time to try a more tech-based approach, rather than seeing tech as our go-to solution. Even then, maybe we shouldn’t turn sleeping into some kind of game. Getting enough sleep is a serious business, but becoming concerned to the point of tracking every minute we spend with our eyes shut could be doing us more harm than good.