Anne Edmonds heads up this year's all-Aussie stand-up comedy night in London for people looking for an Australia Day event they can actually remember. 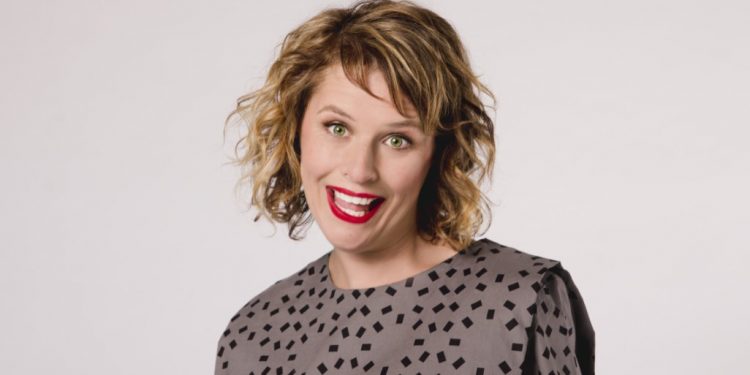 This year’s big Down Under laughs are on Saturday 25 January at Bush Hall in Shepherd’s Bush. Proceeds will be donated to Wildlife Victoria.

Leading the line-up for Comedy Carnival’s Australia Day Show 2020 is Anne Edmonds, a Melbourne-based comedian who achieved acclaim at the Edinburgh and Melbourne International comedy festivals. The multi award-winning comedian is best known for her character ‘Helen Bidou’, an emotionally unstable fashion expert featured on the ABC comedy ‘Get Krack!n’. Edmonds also wrote and starred in the notable ABC comedy, ‘The Edge of the Bush’.

Next on the bill is Wollongong-born Ray Badran from Sydney, known for his work on Good News Week and Triple J. Now based in London, Ray was embroiled in a ‘feminist’ controversy surrounding a joke he did at the Melbourne Comedy Festival.

‘Controversial’ could describe comedian Anna Spark from Melbourne, also appearing in the January 25th show. After winning a national new act competition in Manchester, she went on to perform at the Edinburgh Comedy Festival in 2019. Her comedy style has been described as “audaciously funny, with close-to-the-bone material”.

Finally, all Australians love good neighbours, right? A Comedy Carnival favourite, Javier Jarquin is a devastatingly funny stand up, born in New Zealand to Latin American and Chinese parents. His observations about Britain and Australians are sure to have everyone in stitches.

Show starts at 8pm, with doors and Happy Hour from 7pm, plus a late bar after the show.