If you are an Australian living abroad, you will probably find yourself missing home at some point. Time then for a down under flick. 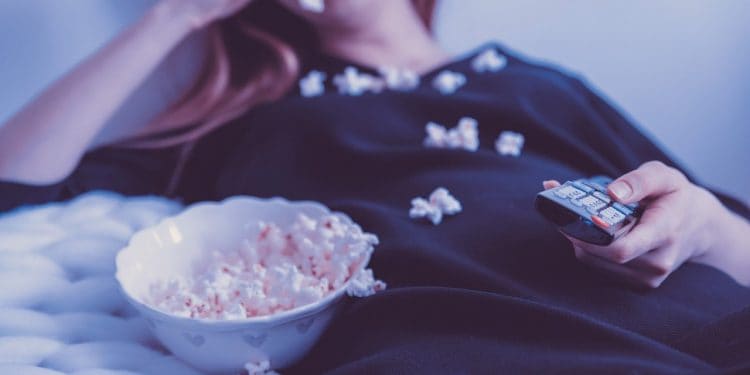 Whether you left Australia in search for a job, adventure, excitement, love, or anything else, the famous saying is true that “there’s no place like home”, and we believe it. However, if you are unable to pop back home for a visit, you might very well do the next best thing, and watch some of the classic Aussie movies that will serve as a substitute for actually being back there.

So to help you out, we have picked seven classics that everyone knows and loves, let’s see what your top options are and if you agree?

Mad Max is likely the best-known of them all.An Australian dystopian action film that ended up giving birth to an entire franchise due to its popularity around the world.

The original came out back in 1979, with three other films, a comics series and two games following the original story.The first three films brought us some of the best performance Mel Gibson has ever given, and Tom Hardy, who took over the lead in the fourth film is just as good.

The entire franchise is definitely deserving of being called a classic, so make sure you watch it if you miss home.

If you are into horror, rather than dystopian action, you might want to give Wolf Creek a chance. This Australian horror thriller came out back in 2005. The film follows three backpackers who end up being taken captive and then hunted down by a psychopathic killer in the Australian outback.The movie is not exactly family-friendly, but it will certainly provide you with an hour and a half of excitement.

However, there is also the fact that the film was based on real events, which makes it extra scary.Many of these movies (and series) can be streamed outside Australia, follow watchtvabroad.com‘s handy guide on how to do just that.

Crocodile Dundee is another major hit that came out from Australia back in 1986, and it has been one of the country’s classic action comedies.Granted, it does showcase not only the Australian outback but also a decent portion of New York City. However, it stars Paul Hogan as the iconic Mick Dundee, who rarely manages to keep out of trouble, but handles every problem like a boss.

What you might not know is that the film was inspired by real-life exploits of one Rod Ansell, an Australian cattle grazier and buffalo hunter.He became stranded in a remote country in the Northern Territory, where he survived for 56 days with somewhat limited supplies. Still, this feat made him so famous that it gave birth to Crocodile Dundee.

The Poms might think every Aussie is like Mick Dundee, but you can’t help love what this film did for Australia.

On the other hand, if you would rather watch a good drama, there’s always Romper Stomper, a 1992 Australian film featuring Russell Crowe, Tony Lee, Daniel Pollock, and Jacqueline McKenzie. The film follows a group of neo-Nazis in Melbourne, their exploits, but also their downfall.This movie was also inspired by actual events revolving around the crimes of Melbourne’s leading Neo-Nazi skinhead, Dane Sweetman.

In fact, the producer, Geoffrey Wright, even contacted the infamous skinhead who was serving a life sentence at the time and requested an interview.

Eventually, the film was nominated for as many as nine Australian Film Institute Awards, which is why we believe it’s worth taking a look.

Drama lovers who also enjoy comedy elements might be interested in watching Babe, a 1995 film that was in development for as long as seven years.

The film was shot in Robertson, New South Wales, Australia, and it features excellent talking-animal visual effects. It was considered a success by both, the critics and the box office, and it even earned seven Oscar nominations, among other awards.

It was inspired by Dick King-Smith’s novel The Sheep-Pig, published in 1983, and it tells the story of a pig that was raised as livestock, but who always wanted to be a sheepdog. It is definitely a film that you should check out and one all the family can enjoy.

Nearing the end of our list, we have the Australian 2015 movie known as The Dressmaker. This is a revenge comedy-drama film that was based on the novel of the same name, which came out in 2000 and was written by Rosalie Ham.

The primary role went to Kate Winslet, who portrays a femme fatale known as Myrtle Dunnage. The movie starts with her return to a small town in Australia, where she goes to take care of her elderly, mentally unstable mother. But, the movie stays true to the theme of revenge, and it does it in a very creative way. It is certainly worth watching if you have two hours to spare, and want to enjoy a creative, but also deep, film.

7. Wish You Were Here

Finally, we haven’t forgotten about mystery lovers also, and if you are one of them, you will definitely enjoy the Australian Wish You Were Here from 2012.The plot is set in Australia and Cambodia, while it follows two couples whose Southeast Asian holiday went terribly wrong. Without revealing much, this 89-minute movie revolves around a mystery that emerges after a wild night of partying, when one member of the group mysteriously disappears.

It’s a story that’s played out many times in real life which makes watching all the more gripping.

Being away from your friends, family, and hometown is difficult, even during the best of times. During holidays, the situation is significantly worse.

So, if you are an Australian, far from home, with no plans that would keep you distracted, why not spend your free time by watching a few of the classic Aussie films?

I would also love to hear your thoughts on the best Aussie movie, so let me know.