As the pandemic continues we are now seeing empirical data that shows companies are adopting tech as a coping mechanism.

For most Australians, the world of Islamic finance is a closed book however given that some estimates suggest that the sector has a growth rate of 15-20% and a total value of some $2tn it is an area that is worth taking a look at.

Whilst modern Islamic finance services have taken off since the end of the twentieth century, the guiding principles behind this form of finance have been around since the foundation of Islam, and these mandate that any product must comply with Sharia law.

The central bank of Australia has finally decided to grant a license to the first Islamic bank in the country. The entire process had been delayed due to the Covid-19 pandemic, but the bank is due to open in early 2021. The Islamic Bank of Australia (IBA) is going to offer Sharia-compliant services to both individuals and small/medium business enterprises.

The bank would operate online and have one physical premise in Sydney, which will also act as their headquarters. Their goal is to keep the operational costs to a minimum and focus on offering cloud-based services to the customers.

The CEO, Dean Gillespie has said that they have a list of customers who are waiting for a long time for such services. The list includes non-muslim customers as well who have been looking for financial services that operate with strong ethical standards.

The $14.6 million seed capital was born equally by Muslim investors based in Australia and the UAE. The bank has plans to acquire more capital investments from Asia and the Middle Eastern countries.

So what kind of products are available and how do they differ from those currently available in Australia?

Your complete guide for becoming a freelancer

Photo by Breakingpic from Pexels

Several central principles around social justice that run through all of the Islamic financial products on offer including;

Not charging or paying interest

Probably the best-known principle in Islamic finance, the charging of interest (riba) is seen as an exploitative practice and as such is forbidden under Sharia.

Speculation is considered a form of gambling (Maisir) and as such is not allowed.

The investment in companies that in turn carry out forbidden activities (haram) is unacceptable. These companies include alcohol producers, gambling companies, and traditional finance groups.

Known as Gharar, contracts that have excessive uncertainty or risk such as derivatives and short-selling are also forbidden.

Islamic finance requires contracts to be based on real and tangible assets. So many of the transactions undertaken in Australia that rely upon an asset that has no real form would be banned.

As we can see, these make a large number of the products that are taken for granted in many western countries, including Australia, unviable and as a result, the development of a range of Sharia-compliant financial products has taken place over the last few years.

Most mortgages are founded on the fact that the borrower pays interest on the remaining principal left on their account.

Given that Islamic law forbids the charging of interest this is not possible and so Sharia mortgages operate in three different ways;

Murabaha – This is where the bank purchases the property and becomes the legal owner. The customer then pays the capital back in installments becoming the legal owner at the end of the agreement.

Ijara – With an Ijara agreement the bank also buys the property and the customer makes a monthly payment which is part rental and part capital. The capital is placed in an account that is used to buy the property at the end of the term.

Investing in equities is perfectly permissible under Sharia but the investment must be in a compliant business.

For example, it is not acceptable to invest in a group that may have several compliant businesses and one that operates in the gaming and gambling sector or where the companies have high levels of debt.

For this reason, many compliant investment funds have developed over the years and even a Sharia-compliant form of the FTSE to give investors confidence that they are investing ethically.

Bonds that pay regular interest are of course forbidden but a Sukuk investment is designed as a way for the investor to own a part of a fund that will pay a regular income.

First developed in Malaysia in 2000, in a Sukuk the investor takes part in a form of partnership, owning physical assets that provide a regular return.

The Sukuk manager will be required to remain compliant and will have independent verification of this available on their website and the fund needs to ensure that it doesn’t benefit one party over the other unduly.

Hedging against currency fluctuations is an integral part of the risk management of many companies however many forex companies charge interest on overnight positions.

Forex Islamic accounts by FBS broker gets around this by offering interest-free forex accounts meaning that their swaps are compliant.

The leasing of assets is perfectly permissible in Shariah but naturally, there needs to be no interest element.

Consequently, Islamic leases are more in the form of hire-purchase (Ijara) where the buyer rents the item for the term of the agreement and then buys it outright at the end or Muharaba where the buyer pays off the capital as they go along.

Insurance is based on the principle of the pooling of risk however most Australian insurance products would fail to be Halal as the profit from the to the insurance company.

Islam teaches the path of mutuality and the sharing of risk/reward and in response, the Takaful product has been developed.

This works in almost the same way as a standard insurance contract in that the risk is pooled between a large number of people however the profit from the fund is given back to members.

The development of a credit card service has been the subject of much debate from Islamic scholars and academics as to whether this type of product can ever be truly compliant. 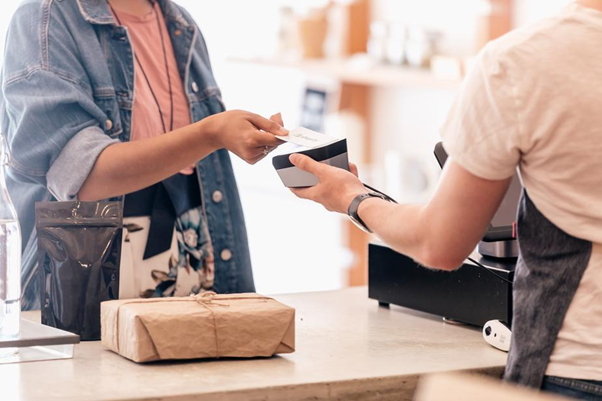 Nevertheless, there are now several companies in Australia that offer cards using a variety of methods;

Islamic credit cards will often also include a measure of Takaful benefit for the customer and where late payment charges are levied these will be donated to charity.

Compliant credit cards can only be used in businesses that don’t sell goods that are forbidden, such as bars serving alcohol.

The Future of Islamic Finance in Australia

Islamic finance products have led to a massive expansion of banking products around the world and this growth looks set to continue with many Islamic banks looking at better ways to serve their customers. Even though it has just arrived in Australia and represents a small segment of the financial market, there are a lot of promising avenues for expansion.

Financial studies have shown that customers in Australia invest more than $2 billion in Sharia-compliant financial products annually. Many banks are currently offering Islamic financial products mostly in the form of home mortgages.

With the opening of The Islamic Bank of Australia, there will be an unprecedented growth of socially responsible investments based on Islamic principles. Muslim and non-muslim customers will be able to avail the products that we talked about in the article. It will serve as the foundation to follow in the footsteps of Islamic financial hubs present on the UK and the West coast of the United States.

Five days after supporters of President Donald Trump attacked the Capitol building, the House of Representatives introduced a single article...

Is there anything more beautiful than to be surrounded or drenched in colourful falling leaves of Autumn? Take a look...

Another senior executive charged by Federal Police in relation to alleged bribes paid to Iraqi officials to secure reconstruction work.

The world watched with a sense of dread in 2018 as Cape Town, South Africa, counted down the days until...

Toyota has given the government’s coffers an unexpected windfall by paying back more than $18-million it received for JobKeeper.