Mixed reactions over a gassy subject

POLL POSITION: The Gillard government has announced it intends to put a price on pollution, but not everyone is feels it is a good move. And so the carbon tax debate rages on.

by Kate Ausburn
in at 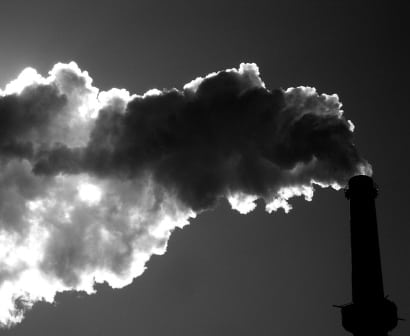 THE Gillard government has announced it intends to put a price on pollution, but not everyone is feels it is a good move.

As the Prime Minister did scores of public appearances, she emphasised that this was a plan to address climate change, and importantly that it was a price to be paid by high polluters, not a tax set to impact consumers.

On the other hand, opposition leader Tony Abbott stood firm in his view that this was a new tax that would see increased cost-of-living for ‘ordinary Australians’, especially so-called ‘forgotten families’.

Bob Brown welcomed the decision and said it was one that would not have come about without involvement of the Greens.

However Greens Senator Christine Milne noted that compromise had been made, and that the price set per tonne of carbon, $23, was not high enough to drive the required transition to renewables.

Then there was the reaction from the public.

Some were pleased that the government had finally made a step towards addressing climate change, such as supporters of the multi-NGO initiative Say Yes Australia.

Others were concerned the price would not make an real impact on lowering pollution levels.

And then there was the argument that this was actually more about pushing a socialist agenda of wealth redistribution, than actually addressing climate change.

Ged Kearney, President of the Australian Council of Trade Unions, pointed out that putting a price on carbon was a “huge opportunity” that would create new jobs and new industries in Australia.

“The carbon price package announced by Julia Gillard is one that includes measures to support low and middle-income households for a cost of the tax, and provides funds to help important Australian industries make the transition to a low-carbon economy,” he said.

Meanwhile Will McGoldrick from The Climate Institute noted that while the policy package announced by Gillard would not guarantee that Australia will meet its internationally committed pollution reduction targets, it will “set up a sound and credible policy framework that puts that full target range within reach.”

With licences continuing to be granted at an astonishing rate to mining companies keen to dig up more coal, and drill out gas, there is certainly much to do before we can get too proud of our groundwork to establish a clean energy future.

So for now, Gillard says yes, Abbott says no, and the public are divided over whether or not Australia has actually taken a small step in the right direction toward addressing the impact we are having on our world.