Moreover, the banks are also warning the customers who are performing bitcoin transactions that their bank account may get closed if they made a few more transactions. Bitcoin is an incredible cryptocurrency, but it is not supported by most governments, and some of them have even placed a ban on cryptocurrency. The Indian government has not placed a complete ban, but it has imposed strict rules and regulations to minimize the use of cryptocurrencies like bitcoin. It has created numerous issues for the crypto trading platforms as the banks are not allowing users to make transfers while purchasing cryptocurrency. If you enjoy bitcoin trading, you must use the Ethereum code software.

It is a strategy implemented by the Reserve Bank of India to stop people from dealing with cryptocurrencies as it is a direct threat to the fiat currency. RBI has passed guidelines to the banks to monitor the crypto transactions closely and take strict action on them. It has created several issues for the bitcoin investors in India as if they deal in it; their bank account may get closed. It is the primary reason that some of the top Indian crypto exchanges are facing issues with bank transfers and their users are not able to trade bitcoins as the bank is not approving the payment.

The popularity of bitcoin and other cryptocurrencies has increased a lot in India, but to the disappointment of the crypto investors, the online trading platforms have not been working properly. One of the most popular crypto exchanges, WazirX, has been facings issues with bank transfers which have caused a lot of problems from the investors that missed several chances to make some profits as the price of some cryptocurrencies changed a lot in the past few weeks. The owner of the platform said that they have been facing issues as the banks are not allowing them to access the APIs and get the deposits made by customers.

The bank with which the exchange was working earlier suddenly stopped offering the services, which forced them to find a new one which took some time. So, during the time the team was busy finding a new bank, the banking services were not available, which made it difficult for the users to trade cryptos. However, there is no official statement from the RBI, which makes it clear that the banks have decided by themselves to stop offering services to the online crypto exchanges.

Banks are not only creating issues for the crypto exchanges, but they are also targeting the customers who are using cryptocurrencies or trading in them. Many users who have been investing in cryptocurrencies have received a letter from the bank that their account may get closed in 30 days. Several banks have sent inquiry letters to the customers asking about all their crypto purchases and activities. The new bank policies have created a lot of issues for the crypto investors as their future plan will surely be affected by the strict policies of the banks against cryptocurrencies.

Elon Musk is the owner of Tesla, and he is known to be one of the biggest supporters of cryptocurrencies for a long time. Earlier, he announced that Tesla is all set to accept bitcoins as a payment method which increased the price of bitcoin and boosted the market. But now, the Tesla head made a U-turn and said that his company would no longer accept bitcoins. He gave the harmful impact of bitcoin mining on the Environment as the reason behind his decision. It had a huge adverse impact on the bitcoin market, and bitcoin fell to a great extent. He also said that Tesla might accept other cryptocurrencies which have a lesser impact on the environment. It made investors worry about the future of bitcoin, and many of them pulled out their investments which made bitcoin fall below the market of $50,000.

Tesla purchased $1.5 billion in Bitcoin as it earlier decided to accept bitcoin payments, but now it has changed the decision and will longer entertain bitcoin transactions. However, Musk claimed that the company would not sell the bitcoin held by it, which is quite strange.

How to find the best betting sites for sports in Australia? 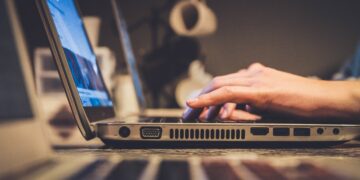 Almost any article you read about Section 230 reminds you that it contains the most important 26 words in tech...