AFL vs NFL – Which hard hitting ball game is the best?

Let's do a look at the two sports to see where they are similar and different.

There are plenty of similarities between the AFL and the NFL – you have to be tough as hell to play in them, for starters, and, of course, the emphasis is on crossing the whitewash and racking up a winning points tally.

But ask an Aussie about American football and the chances are that they’ll tell you it’s too slow-paced and ‘stop start’ in nature; and show an Aussie rules game to an American and they will probably look at you confused as hell.

Either way, both sports are hugely enjoyable in their own right, but it’s always fun to compare these things.

It will come as a surprise to English sports fans who expect football to be the king as far as attendance numbers are concerned, but in actual fact, American football is the most well-attended sport on the planet.

Eight stadiums within the sport hold in excess of 100,000 people, and 70,000 crammed into the Mercedes-Benz Stadium in Atlanta for Super Bowl LIII – that’s a complete sell out.

But how’s about this for a fact – the AFL’s Grand Final at the Melbourne Cricket Ground in 2019 was attended by 100,014, and estimates make Aussie rules the fourth-best attended sport on the planet!

As far as TV audiences are concerned, the NFL is watched by around 180 million people per season, with the 2021 Super Bowl attracting around 96 million armchair fans.

The AFL Grand Final, meanwhile, was viewed by around three million people.

Even though they are enjoyed on a similar level, per capita, as far as attendance figures are concerned, sadly for AFL’s stars it’s the NFL that leads the way from a commercial perspective.

The average salary for an NFL star is around $2 million – that’s roughly £1.5 million by today’s exchange rate, but that only scratches the surface of what they really earn. Most players will sign sponsorship deals with clothing/boot manufacturers, energy drinks suppliers, headphones and even banks to pump up their take-home pay.

Last September, days before the NFL season began, the Arizona Cardinals signed receiver DeAndre Hopkins to a monstrous contract that included $43 million in guaranteed money and an average annual salary of $27 million over the life of the contract.

There are also bonus payments to consider too such as for signing new contracts, playing in so many games, reaching the play-offs and so on.

One of the most interesting developments in the United States in recent years was the repeal of the PASPA Act, which basically outlawed sports betting in the vast majority of states.

That was overturned in May 2018, and now many states have started to accept legal wagers. The popularity of that decision was revealed at the Super Bowl in 2019, when an estimated 23 million NFL fans wagered a combined $145 million on the game.

Contrast that to the AFL where not all sportsbooks in the UK or the US even offer Aussie rules betting, and so clearly revenue from bets taken on the Grand Final, for example, is going to be considerably lower.

In comparing the AFL and the NFL, we can say that both are equally popular when you consider attendance figures at the Super Bowl and the Grand Final. But, sadly for those in the AFL, they are unlikely to ever get the financial rewards that their NFL counterparts enjoy. 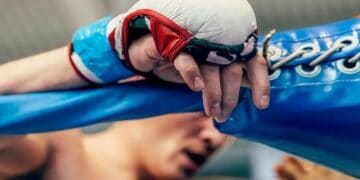